+ Celebrating my friend’s birthday at Messhall.

+ One of those weekends working at home. Then you stay so busy working during the week you don’t have time to post… 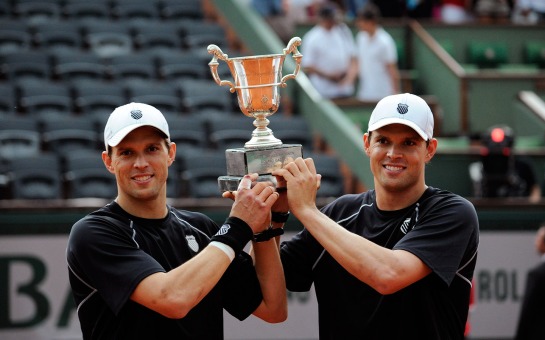 + Lookin’ good Bryan bros – 2013 French Open doubles champs! Woohoo! It really bothers me though that their logos aren’t matching on their shirts. I can’t tell who’s on the right (Mike?), but his isn’t an “athlete” shirt since it’s not a filled in logo. Also, their hats and sweatbands are breaking ATP rules, which states that any verbiage, including logo names, aren’t allowed to be worn during professional matches. Just felt like sharing those random tid bits.

+ If you like things neatly organized, look no further than here: Things Organized Neatly.

+ I fell into the black hole of YouTube and came across this sweet spoken work exchange.

Why I love Esther Williams*:

• She was a native Los Angeleno, hailing from Inglewood specifically.

• She took on the “male-only” swims, including the breast stroke, and not only won, but set records. She joined the Los Angeles Athletic Club’s medley team and won three national titles by age 16.

• She wanted to be attend USC [a D in her senior year of Algebra prevented her from going] and pursue a degree in physical education.

• She would’ve competed in the 1940 Olympics had WWII not broken out.

• She revolutionized swimwear both in styling and fabrication advancements. After nearly being drowned while wearing, get this, a flannel swimsuit on set, she signed a contract with Cole of California to represent their latex suits. The US Navy even took notice and immediately ordered 50,000 units of the “Esther Williams” style suits.

The lovely Esther Williams sadly passed the other day, but she leaves quite a legacy spanning from sport, film, and fashion. Williams is easily one of my favorite Old Hollywood personalities and it’s not hard to see why. She’ll be missed!

*Some of these reasons may be a bit biased. Whoops. 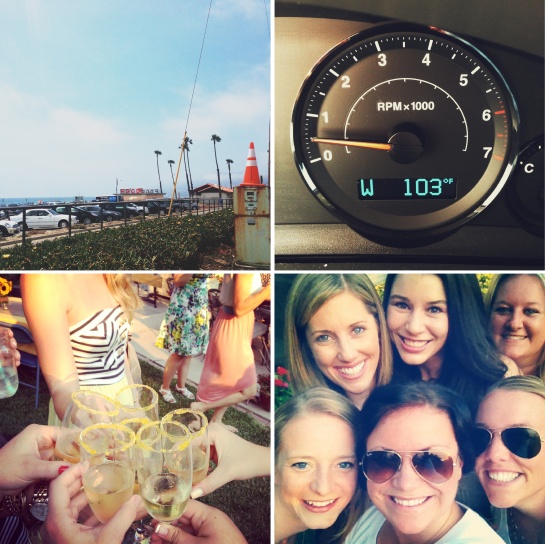 + I stole a few hours at the beach to escape the triple-digit heat at my house, although I’m pretty happy to be easing back into warmer weather.

+ Celebrated one of my nearest and dearest friends at her bridal shower Saturday evening. As the first one to be getting hitched in our tight-knit group of friends, it was a really special evening.

+ Sports recap: Kings are down 2-0 in the NHL West finals. Rough. Nyjah Huston said girls can’t skateboard, and no one agrees with him. Kuchar won The Memorial, and I’m really behind on Roland Garros.

+ Have a great week! I’m really busy, as usual.

Hey party people! Everyone enjoys receiving proper credit where it's due. If you notice anything is mislinked, please let me know! Likewise, unless stated, all photo, graphic and layout elements are original to SOUTHBOUNDSUAREZ, so if you wish to re-post, remember to re-link. Caring and sharing. It can be fun.